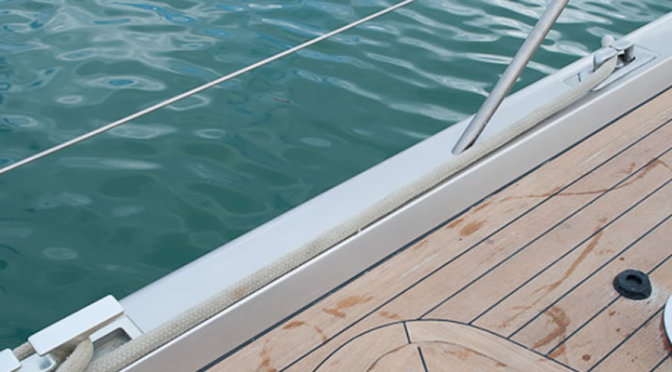 BUTLER is a new automatic folding fairlead that can be installed on motor boats and sail boats.

BUTLER is an invaluable aide in delicate mooring manoeuvres for medium and large boats.

What is it for?

BUTLER is a fairlead that allows you to temporarily hold a line without using your hands or feet while mooring.

How does it work?

BUTLER allows you to transfer via a remote control a hauled mooring line from the winch to the bollard in all safety, speed and ease.

While unfastening the boat:

BUTLER is a nautical accessory of elegant design improving the functionality of a known object.

When not in use it recesses flush to the deck and frees the boat toerail enhancing the boat outlook. When a line is fastened to the cleat, BUTLER becomes a normal fairlead with a pair of stems of elegant design.

BUTLER adds to the old manually recessed fairlead a touch of Italian design and a new functionality thanks to its remote-controlled mechanics.

This technology fully designed and manufactured in Italy has been submitted to stringent testing: